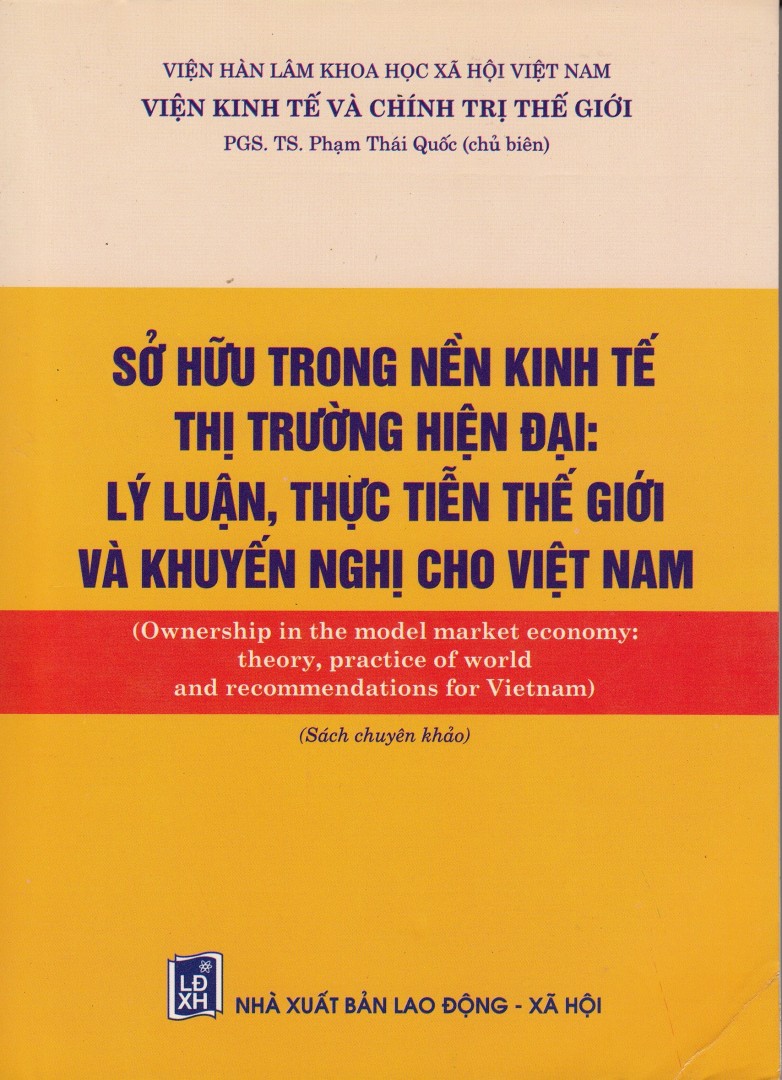 The book “Ownership in a modern market economy: Theoretical framework, international practice, and recommendations for Vietnam ” is the result of a national scientific project conducted by the Institute of World Economics and Politics, Vietnam Academy of Social Sciences.

The book consists of 3 chapters: